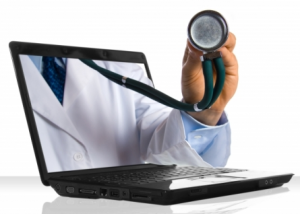 The scientists from several medical universities in US studied the entries in Wikipedia related to the 10 most costly medical conditions. The scientists compared the claims in the Wikipedia to the published and peer reviewed research for coronary artery disease, lung cancer, major depressive disorder, osteoarthritis, chronic obstructive pulmonary disease, hypertension, diabetes mellitus, back pain, and hyperlipidemia.

Their conclusion is that 9 out of 10 entries in Wikipedia contain erroneous information, claims that contradict the official medical research. They caution both their peers and the patients from using Wikipedia as their only source of information.

Health care professionals, trainees, and patients should use caution when using Wikipedia to answer questions regarding patient care.

Our findings reinforce the idea that physicians and medical students who currently use Wikipedia as a medical reference should be discouraged from doing so because of the potential for errors.

Source: Wikipedia vs Peer-Reviewed Medical Literature for Information About the 10 Most Costly Medical Conditions… --> 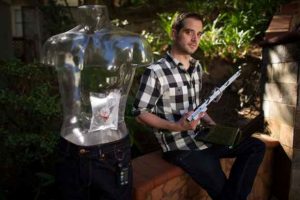 I was reading Plato’s “The Republic” and it is a very worthwhile read. I highly recommend it to everyone, although that’s besides the point now. I want to talk about something else than the functioning of our society and its destination. In the very last chapter he managed to surprise me once again. Plato says:

And that small part of a sentence spoke mountains to me. I heard already from several sources that the length of human life is diminishing slowly over centuries, quite opposite to what the official science teaches us. But to hear from Plato that in his time (roughly 2400 years ago) the life expectancy was 100 years is stunning.

You see, Plato preaches philosophy as the basis for all human endeavors and he insists that everyone must study mathematics as the beginning of all other science and harmony. So, for him, to say the life expectancy is 100 years if it was not would be unacceptable. He speaks the truth in this case as in all other cases, mentioning it as a simple well-known fact of life.

So in his time to live to a hundred years was the same as now to live to sixty. We are down about one third in just two and a half centuries. This simple fact is hidden from us and we are taught that people live longer and longer while quite the opposite is the truth. People are dying.… -->

When it comes to curbing hunger, aerobic exercise, like running on a treadmill, is more effective than non-aerobic activities, such as weightlifting. So says a study in American Journal of Physiology – Regulatory, Integrative and Comparative Physiology.

Actually, sleep has a lot to do with ghrelin too. Previous research reveals not getting enough sleep boosts ghrelin levels and increases hunger and appetite, which can contribute to weight gain and obesity. Just another reason why getting sufficient sleep is a good idea!… -->

Although we might all like to imagine that we can work happily through the night, once again the data’s all against us. Lose just one night’s sleep and your cognitive capacity is roughly the same as being over the alcohol limit. Yet we regularly hail as heroes the executives who take the red eye, jump into a rental car, and zoom down the highway to the next meeting. Would we, I wonder, be so impressed if they arrived drunk?

Read more in the original article.… -->