I accidentally stumbled on an article about the death of MBTI yesterday. Strangely, it never occurred to me that there would be a wide audience interest in things like typologies in general and MBTI in particular. I always thought these were fairly specialized subjects only interesting for a minority of people. Since you seem to be interested, I present to you Socionics.

It all originated some time in the previous century with the works of Karl Gustav Jung, a Swiss psychiatrist. His work was later built upon to create MBTI and later corrected and extended by people like Aušra Augustinavičiūtė, Gregory Reinin and Igor Kalinauskas to become Socionics. Nowadays Socionics is a young but fairly popular in narrow circles direction of social psychology. Actually, there are still raging debates on the subject of “where it all belongs”.

Socionics works with dichotomies of information processing functions and therefore describes how the given person filters and processes the information coming from outside, bases the decisions and outputs the information into the outside world. So Socionics is really a study in information metabolism of the psyche.

Given that, we can roughly say that a human being has some basic instincts at the base of its decision making, then there is the distinction between male and female, on top of that sits the information metabolism and that is all wrapped into a personality. The type of information metabolism determines those deep motivations inside the psyche that cause us to take many of our decisions. One has to note, of course, that different motives deep inside may cause nearly the same actions in different individuals. Different personalities may cause differentiation in actions based on the same motives.

Determining the type of information metabolism, or the socionic type, of a person is a task of uncovering those deep seated motivations that demonstrate how the given person processes the information. Tests for MBTI fail here because they try to correlate the behavior directly to the type but we see that the behavior is controlled by the personality. The type of information metabolism can be seen clearly when the practitioner concentrates on the motivations underlying the behavior. Unfortunately, the development of tests in this direction is far from mature yet and best results are based on the expert opinion… -->

The nonsense math effect (via Erich Sieht) is predictable but nonetheless amazing.… --> 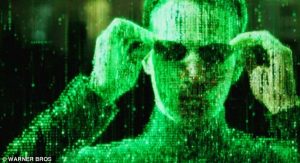 The scientists claim they can prove we live in a matrix, in a simulated world: “Do we live in the Matrix? Researchers say they have found a way to find out.” Now all we need is the pills…

I came across an interesting statement that runs contrary to the preaching of the society:

As I keep having to point out, there are no biological alpha males in humans no matter what Evo-Psycho prophet-wannabees preach under the false mantra of “Real science is not PC, let the chips fall where they may”. Gorillas have them. Baboons have them, with variances between subgroups. Our closest relatives, bonobos and chimpanzees, don’t. What they have are shifting power alliances for both genders (differing in detail in each species). They also have maternally-based status because paternity is not defined and females choose their partners. Humans have so-called “alpha males” only culturally, and only since hoarding of surplus goods made pyramidal societies possible.

This is interesting and sounds logical. I want to investigate this question a bit further. I would appreciate any useful pointers to information.… -->

The boffins at Berkley Lab made a tiny tractor beam. They claim that using the quantum effects they expect that eventually light “could in principle drive the motion of really large objects“.

What’s wrong with it? Maybe nothing. It just severely limits the view of the problems that we attempt to resolve with our software. The world is not always hierarchical but we try always to drag it kicking and screaming into our unified model. Sometimes that will fail. Actually, given the variety of problems, probably even most of the time it will fail.

And the important thing is that we do not notice this anymore. We think in limiting ways. We are used to the model. We assume the model of object-oriented design will fit anything and everything without ever thinking about it. Unconsciously, we made the decision to narrow our choices. And that is definitely wrong.… -->

Here are just some pointers to interesting articles on human behavior recently: