Reuters has commented on the interview with Putin at the end of the International Economic Forum in St.Petersburg, Russia, reinforcing their own version of phantom reality that they pour into the ears of poor business executives world over. It is simply amazing how shameless a “news” agency may become in inventing stories and trying to undermine the reality in the minds of the audience.

Take the interview with Putin at the end of the International Economic Forum. The only thing Reuters could say about the Forum itself is that it “loses lustre”. The Forum is actually an annual event that happens for almost twenty years now and its development is described by other sources quite differently: “over the past five years the Forum has transformed into a leading global business event, attracting over 7,000 Russian and international participants, representing government and business leaders from around the world, joined by leading voices from academia, the media, and civil society.”

The Reuters actually manages to get quite a lot of propaganda into their short articles. Like the description of the Putin interview, for example, starts off with a statement from Reuters that “Russia can’t, or simply won’t, control its border to stop heavy weapons flowing to separatists in Ukraine”. After this, anything Putin may offer would sound like an excuse. However, we have not seen a similar statement regarding the massive flow of heavy weapons from Hungary and Poland to Ukraine, have we? Or something about the recent approval of U.S. parliament of $200 million budget for the supply of weapons to Ukraine? In real world, the U.S. and EU openly supply weapons to the war in Ukraine, while in Reuters world, Russia does that. Fortunately for Reuters, they don’t need to supply any facts or evidence in their own world, otherwise it may have become tricky.

And, of course, when there are no facts and no logic, Reuters must turn to the intellectually-dishonest debate tactics: discuss the personality of the opponent. Putin is always late, he is looking assertive, he is “veritable Vlad”, who “clings to perceived slights at the hands of West.” The whole report is just that: false assertions, irrelevant statements, personality attacks, and twisted claims.

I have this strange habit of reading news in the morning. Not that I have a newspaper and a cup of coffee, no. But I have a cup of tea and read the news online. Today is one of those silly days when my news feed is jammed with one single news item. Today it is Twitter – security of Twitter was improved in some way and every single newspaper and online publication in the world seems to make it their duty to make a big splash about it. Okay, maybe, just maybe, I want to get a notice of that, somewhere in a corner, three words. I definitely not interested so much as to read the whole morning news about it.

In a word, the morning news reading is spoiled. This happens from time to time. The news in this “networked world” are weird. Either there is a lot of “buzz” – irrelevant small items or everyone is copying each other on the same item all over the place. It does seem like reading the consolidated blog feed of sites you care about is, after all, the best way to get news in today’s world. We have to get used to the fact that most relevant news are not delivered anymore by general news outlets but by very specific people with a passion to write about events that matter to them personally.… -->

I finally made the move from the wordpress.com platform to my own site, tigr.net. The move is long overdue and I hope that not having to jump around between three sites will let me concentrate on more important things. I first moved the blogs to a separate site but then I was hit with a realization that I still keep then a static site and a wordpress site and have to care for both. Now everything is in one place. To enjoy it, head over to Tigr.net.… -->

Read and make your own conclusions: Who is McAfee? The official blog of John McAfee.… --> 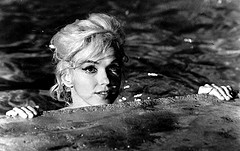 I stumbled across this amazing article about “26 Successful People Who Failed At First” and really liked it. I never heard most of the stories. Highly amazing and amusing at the same time.… --> 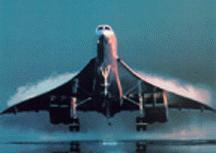 Well, it is all military at the moment but the military technology has a history of seeping through to the civilian world. US military is developing hypersonic flight at Mach 6 and the decisive test for that particular project is today. Hey, I know it is all about bombs and rockets but I hope we will have the hypersonic intercontinental flights in my time because I missed out on the Concorde!… -->

WSJ reports in an article “Police shoot, kill man near NYC Times Square” that a man was shot after a “slow speed pusuit” that lasted 7 blocks and lunging at a police officer with a knife.

What I personally find strange in this story is that the police could not take the knife away from a person allegedly smoking marijuana. He had the knife drawn from the beginning and was wildly swinging it around. Would it not be a part of the police training to know how to take a knife away from someone? Do they really have to shoot dead the guy? And there were many police officers there, mind you. What is next? Will they shoot people wielding sticks? I can tell you, a stick can be more dangerous than a gun if wielded properly.

Why is the police so helpless suddenly that they have to use firearms in a very basic situation? I do not feel comfortable with the police escalating the violence instead of using the techniques, training and their wits that they should have had about them.… -->

The news report that in Kazan, Russia, an Islamist sect was found living underground for more than 10 years. The members were forbidden to leavean 8-storey (!) bunker they dug (probably themselves) under the basement of a building. Some children never saw daylight.