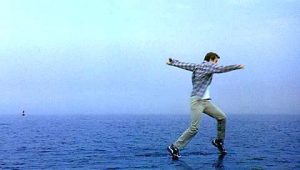 I know what I would do: exactly what I am doing now!

You see, if I was God, I could do anything, so I would try to live my life in different ways to see which way would be most exciting, interesting, pleasurable, whatever… Then I would likely come to the point where I would also like to live completely different lives. Quickly, I would discover that I can live several lives in parallel and compare… From there, it is a quick step to actually living every life around and enjoying all of them! Of course, I would actually have to make sure that while I am living the life I would not know that it’s all me, because it would quickly lose any sense otherwise, would it not? All of me would pretend to not know anything about Me and get on with life to only get reconciled eventually after living the life.

So, yes, if I was God, I would be living all these lives simultaneously, in all this huge universe, and enjoying it all in all its diversity. I guess, I am doing it already. Cool, eh? 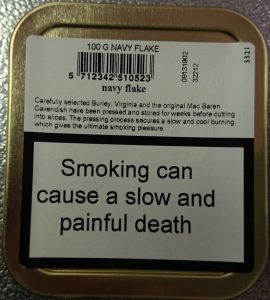 Somehow this statement feels so unconvincing. This is like if I am supposed to choose between slow and painful death from old age versus the slow and painful death from smoking. Makes me feel trapped without any choice whatsoever. This made me wonder if the authors of the label found a way to die quickly and painlessly while young and used this label to laugh at us, the remaining behind to suffer in the world.

Still, I think I will try to make the life, which is the dying process, as slow as I can. Even if it is painful, which it is, really. I have been living with pain since I was around fourteen and I am used to that now. Advertisements for quick death are probably not going to cut it with me. I would certainly stay away if the label said “can cause quick and painless death”. Would you not?… -->

I finally got around to watching the “The Secret Life of Walter Mitty“. This is a great movie and it resonated strongly with my thoughts and feelings. I am putting it up there together with “Interstate 60” for the thought-provoking, ego-crushing, soul-searching value. The movie plot takes several interesting and unexpected turns. The life converges from a total disparity between imagination and reality to the unison of the soul and the world. Oh, and what they say about the landscapes is completely true: breathtaking. Definitely worth watching.

It has been my opinion for many years now that a human cannot stay permanently the same or to stop developing and maintain the available level. Trying to maintain the existing situation leads to degradation. Once you stop, degradation kicks in. So how could we maintain the resistance to change while avoiding degradation if we really, really want it?

There is probably no way to maintain a permanent status quo over all aspects of life. However, there could be a way if we wanted to maintain the situation in a limited area or in a single aspect of the life. Change and learning could be moved, at the expense of some loss in effectiveness, from one area to another.

Strangely, the nowadays popular “minimalists” have made me think about it. Simply put, they resist clutter in their lives and homes. Leaving aside all the positive effects, many of them basically manage to resist changes in the level of material possessions they have. Some of them go as far as to live with just one hundred things for years. And at the same time they are active, creative people.

There is a difference between passively refusing change and actively resisting it. If you simply refuse to change and stay put, you will not learn anything new and will start forgetting the old, so you go down the degradation path. But you can also start actively resisting the changes, analysing them, finding new creating ways to avoid new things coming into your life. That makes you advance in other areas, like creative living, and certainly would keep you as a whole from degradation.

Basically, it is not the end that matters but the means. As long as we are active, as long as we are analysing, thinking, creating, life goes on. This all comes back somewhat to the well-known: “Live the life, do not let it happen to you.”… -->

What does this have to do with men? Men have a lot of resistance to change and inertia. It is very, very hard to make men change. Men rarely learn and often keep making the same mistakes over and over again. And yet, at the same time, men are the most flexible creatures, with a great capacity for learning, adaptation and change. Men keep constantly changing, learning bits and pieces all the time, adapting to this and that while remaining stubbornly entrenched in their ways. Is this not amazing?

The dualism makes men great and at the same time it is the downfall of men. The full spectrum from total conservatism to fluidity is available. Unfortunately, we like getting stuck on one or the other side. Attaching yourself to one or another extreme ensures the downfall like nothing else. Look, we have the freedom to choose from the whole range of behaviour and thinking, there is no inherent limitation, we do not need to get stuck one way or another. We want to maintain the freedom, the ability to be both at the same time.

I have heard the words “social contract” one too many times lately. My idea of freedom starts with the freedom of thought and I do not like fuzzy concepts that cloud judgement. I decided to find out what “social contract” actually means. Did you know that the concept itself is centuries old?

At its very basic, we are told that the social contract is an implied contract that one enters into by being a member of society. The contract offers the citizen certain protections while requiring that the citizen will be justly punished for breaking the laws of that society. The concept was first fleshed out by Socrates although he himself refuted the concept as the source of justice later arguing that the justice is inherent to men and cannot originate externally.

People do not have an inherent desire to kill, rob and rape. Quite the contrary, if the society norms and laws were lifted today, we would likely go ahead just as we did before, cheerfully helping each other and being nice to strangers. People do not steal, rape and murder not because of some ephemeral social contract but because they are not inclined to. However, we do notice that some people have a tendency for misbehaving, right?

On the one hand, we have to admit that people who have the tendency to steal, murder and rape do so whether the society has mechanisms for punishing the said behaviours or not. On the other hand, we notice that these behaviours are tightly coupled to the possession of property. Unsurprisingly, Locke based his concept of social contract on the idea that men only have disputes when property is involved. The relationships within families are pre-social, they are moral agreements entered to and carried out willingly. As soon as people start having property, claims to property and property disputes, the relationships deteriorate and the necessity to protect oneself and one’s property arises.

Many thanks to my friend Tao TeChing for sending me the links to a couple of wonderful presentations from Ken Robinson on the subject of education.

Absolutely worth your time.… -->

Many times I had to give up some habits. Some came back, others not. What is an effective way of quitting something? Giving up does not seem to be easy to me or any other person I know, is there something that can help?

From my own experience I found there are two things that work (and a hundred others that do not). Those are substitution and delay. These are two tactics I want to share in the hope they will help someone some day.

Enter substitution. We will not ask the subconscious to stop anything knowing well that it is impossible. What we will do is to propose something else instead. I do not know how and why it works but it does. Whenever you have a craving for a cigarette, make love or go for a run instead. Every single time, no exceptions. In a couple of days your habit will get substituted and you will not crave cigarettes anymore, you will crave sex or running. This is truly amazing but that is how it works. Just make sure you substitute something that you are willing to live with for the rest of your life. Hint: craving for food is really a bad habit to create, do not substitute anything with food, okay?

Another possibility is to tell yourself that you will do whatever it is you want but you will do it a little later. Tomorrow, for example. The subconscious does not really have a proper concept of time, it lives in the present, so it really does not matter when you say it will happen. I usually say to myself “tomorrow morning”. It helps enormously. You can move any craving to a slightly later period in life, like tomorrow or five minutes later. You will have to do it, but now you have a choice to smoke only one cigarette a day or have only a single meal a day. This works too. Try not to link “later” with other events in your life, like “when I am home” – subconscious can trace and remember those and coming… -->

We are at the University of Oslo today for a meeting. The building does not look anything special, the entrance is very utilitarian but then… We get in and the building makes us all slow down. I relax very quickly, in the space of a minute or two, and feel completely at ease, like at home. Frank tells me he feels the same. He says it would be great to work in a place like this.