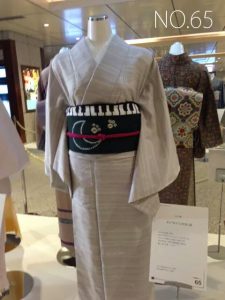 Kimono Salone organized a kimono exhibition in Coredo Muromachi in the weekend. They had a poll of visitors to determine which kimono ends up as an overall favorite. My personal favorite was number 65 that discreetly exhibited a musical theme and the kimono ended up as number five in the overall competition. I am proud I have acquired a bit of taste in the Japanese sense of beauty :) 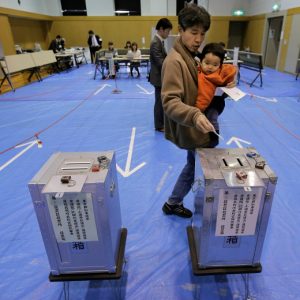 Japan is lowering the voting age to 18 from 20, giving no other explanation then “it is appropriate”.

As we know, the word and the practice of “democracy” comes from ancient Greek. The Greek established that the decisions could be taken by a vote between a number of distinguished members of society that were called the “demos”. The number of people who had the right to vote and were called “demos” was limited and those were supposedly the most clever and responsible members of the society.

Those restrictions could be traced nearly to modern times with “demos” being gradually extended to all those grown up men who were given the right to vote, assuming that they were mature enough to have the best interests of the society as a whole at heart. Unfortunately, with the widening of the voting “demos” the quality of decisions deteriorated accordingly.

Now we include nearly the whole society in the “demos” and we seem to expect the 18 year old boys and girls to be mature enough to have the best interests of the society at heart. That is definitely a perversion of the original philosophy and practice, isn’t it?

The young can be easily manipulated. They do not have the experience, the maturity, the cunning of the elder to see through the manipulations and clearly understand what is best for the country. They do not possess long-term views or wide perspectives. What kind of decisions can we expect from them? We can expect that they will go with whomever gives them the most convincing story, that is not the most truthful, not the most practical, nor the most needed, but simply the most attractively told.

Well, that’s easy to see now. That’s where the marketing comes in. This move to include younger people into the voting “demos” is nothing else than a trick to make the “demos” more gullible and easy to manipulate. Welcome to “democracy”.

Amazon has faced an interesting problem in Japan, like everywhere else: the boxes that Amazon delivers goods in are always big, they are much bigger than the goods when the goods are small. The box comes filled with packaging materials, paper and plastic where you fish for your goods. This is done for logistical reasons as handling large uniform sized objects is easier. The downside is, of course, that Amazon standardized on a box that’s way too big to fit in any of the letterboxes world around, causing grief to delivery companies, post offices and customers. Not to mention the amount of waste.

How do you think Amazon handled the problem? Do you think Amazon downsized the shipping boxes to save on materials cost? Do you think they were nice to the post office and customers and introduced a smaller packaging that would fit the letterboxes for the smaller objects? Nah. That’s not Amazon way.

Amazon started selling new letterboxes in Japan last year that are designed to be large enough to accommodate Amazon’s own post. How is that? They now set the rules: “Here is the post size that we will send to you and, here, buy this box to replace yours because we designed it to actually be big enough for our post.”

All in the name of “efficiency”. Of course. 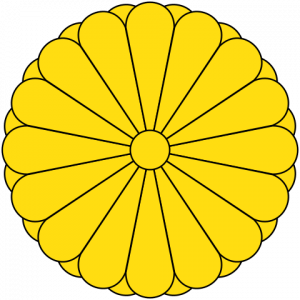 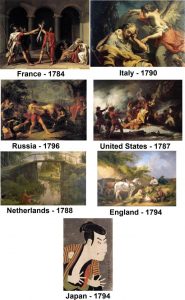 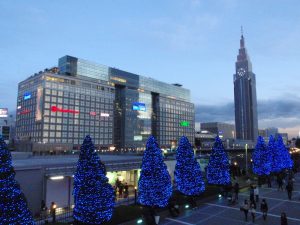 Somehow most people seem to think that Tokyo is nothing but glass skyscrapers. The reality is quite different. Tokyo is mostly low-rise apartment blocks or two-three stories private houses. Most high-rise buildings are built next to the train stations where the demand and prices are highest. Here is what Tokyo looks like, actually.

Reading about minimalism and especially minimalist homes makes me think about typical Japanese traditional homes, Buddhist temples and such. I think what I learned from being in Japan about traditional culture is directly applicable to minimalism. So I know and like most of it, actually. This is a funny feeling of something new being actually quite old and well-known.… -->

Sometimes the Japanese may behave strangely in our eyes. I do not mind in the slightest. It is all right, they behave in a totally appropriate manner. You would not mind yourself doing the same thing if you were them. You see, Japanese are a superior race, brought about by Gods to lead the world to total order and prosperity. If you think I am joking, think twice. We are not supposed to be on the same level, if I were to describe it in simple terms, I would say that you and me are the cattle and they are the farm owners. Do not let their friendliness and apparent spinelessness mislead you. They can and will slaughter cattle whenever the need arises.

What does one do then? Well, you have to become totally indispensable to some of them. Those will protect you and use you. This part is really no different from any other company. The difference is that you cannot complain – you are equal, so your complains are only mildly annoying to everyone and may be embarrassing to your protector, nothing else. You cannot object to them using and abusing your work – wouldn’t you find such objections from Roman Empire slaves ridiculous? Keep this frame of mind. They can do whatever they want, you are limited in options. You have the freedom to quit, of course. But as long as you stay you have to follow the game. Invent new and interesting ways to become useful. Invent new works, new templates, new objectives, new obstacles, new projects. Invent ways for your protector to look brilliant in the eyes of peers when he uses and abuses your work. As long as you do that, you will be fine. And if you help your protectors, you can ask for many things in return, as a favor, just do not try to be equal.… -->