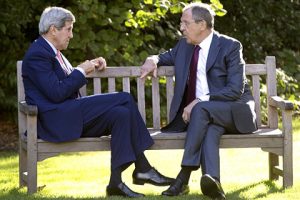 Barack Obama has repeatedly called Russia’s actions in respect of Ukraine a threat to the entire world. “We are leading the international community in the fight against Ebola in West Africa and countering Russian aggression in Ukraine,” – he said in November. Before that, in September, the US president said that the main threat to international security is the Ebola virus, followed by Russia and then – “Islamic state.”