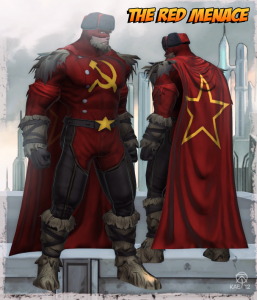 At the same time, it is a little strange to see the admittance that Russia is prepared to operate using all those modern tactics that we are used to seeing from USA these days: cyberwar, infowar, “ambiguous warfare”, etc. We are used to hearing that Russia is laid back and outdated and, quite suddenly, it turns out that NATO has to play the catch-up game. This is … a tad unexpected, isn’t it?