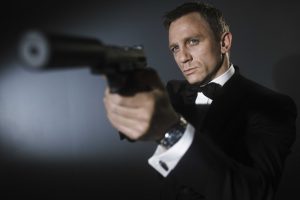 Talk about the irony of the situation now. The story of the next year’s James Bond movie  apparently starts with cybercriminals attacking Sony Pictures Entertainment and stealing a script to a movie. Well, the script to the movie has been stolen during the recent cyberattack to the Sony Pictures Entertainment and posted online. The movie called “Spectre” is set for release in the fall of 2015 and the filming is well underway now.