I came across a strange problem while trying to install Mozilla Sync app on my ownCloud server. The application installation on ownCloud fails with a cryptic message:

Archives of type inode/x-empty are not supported

First things first, I tried to look it up and I found a few mentions of this problem on forums but no useful answers. The problem did not seem to have a direct solution, so I thought I would have a quick look myself.

…”copy(http://apps.owncloud.com/CONTENT/content-files/161793-mozilla_sync-1.4.zip): failed to open stream: no suitable wrapper could be found at …/private/installer.php#72″,…

After some head-scratching I realized that this means the script is trying to fopen a URL with the app to download. Ah, but fopen is, of course, disabled for security reasons, so ownCloud will not be able to use it. That is what that “no suitable wrapper” means: php fails to load a file from a remote host because there is no way to do that. Simple. 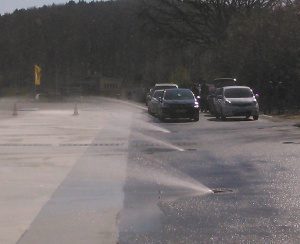