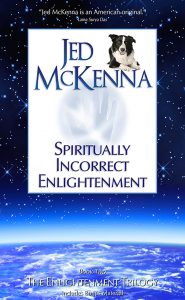 The sequel to the “Spiritual Enlightenment: The Damnedest Thing” turned out to be quite entertaining but less well written. Frankly, at times it felt like one of those sequels written purely for the sake of money, knowing that the folks that bought the first one will likely buy the next one. There are some interesting stories but the book feels on one side very commercial while on the other rather undercooked. If the first book left no doubt that the person can be trusted, the second raises the question of whether we are in for some bullshit. That’s the feeling I get, anyway.

Still, towards the end the book things seem to clear up a lot and it gets interesting. Especially I liked the discussion of the essence of the fight for enlightenment:

Fear vs. Hate. Fear of No-Self vs. Hatred of False-Self.

That about sums it up for me. And the other quite interesting discussion was related to the attitude towards death:

That’s what death is, guaranteed absolution; freedom and forgiveness all in one. If you understand the fact of your own death, that it’s always here with you and that it’s a certainty, then you’re free. That’s liberation; knowing that nothing is yours or can be yours, knowing that you have nothing to lose.Other people push death away, deny it, but we don’t have that luxury. We have to pull death close, embrace it, carry it in our hearts and minds. I don’t mean like a college kid getting stoned and having a one-night stand with existentialism, I mean like something you carry in your pocket and always have one hand on.

This looks just like Castaneda’s definitions and discussions. Might be coming from there, might be just true. Anyhow, this state of taking in the death as your friend seems a pretty powerful weapon if you dare take it up.

Overall, less enjoyable than the first book, probably still worth a read.