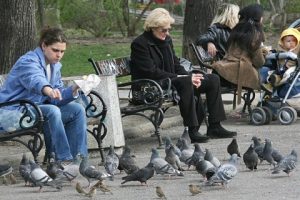 The population of Bulgaria keeps shrinking. The process started after 1988 when the country had its max of 9 million people. Last year, the population is down to 7.2 million. The trend of birth over death rate has reversed around the same time – in 1990, and Bulgaria keeps running the so-called “natural loss” rate of around 40,000 people yearly for the last 20 years (source). The scientists call “natural loss” the difference between the number of people that die every year and the number of children that get born the same year. That is, the population of Bulgaria shrinks by more than 110 people daily. Bulgaria seems to hold the record being the only country in the world that sustained a negative population trend over a period of 25 years.

“According to the demographic transition theory, we have reached the fourth stage of low birth rate and high mortality. Experts expected that reproduction would recover, however something surprising has happened”, prof. Kaloyanov explained. The “surprising” thing just might have been Bulgaria leaving the Socialist Bloc and heading towards capitalism in 1989…