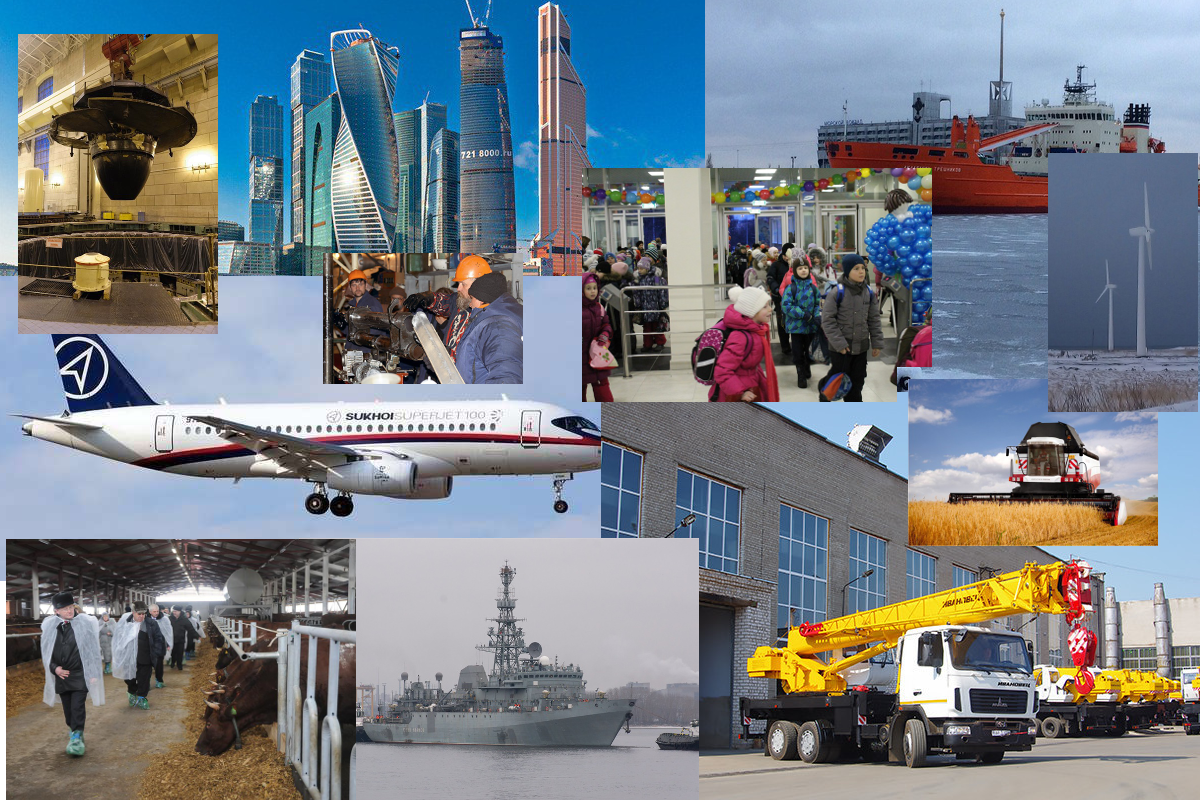 Awara Group published an interesting overview of the Russian economy for the last 14 years: “Putin 2000 – 2014, Midterm Interim Results: Diversification, Modernization and the Role of the State in Russia’s economy.” The document contains the analysis of economics and progress made demonstrated with diagrams that quickly show that there is no economic crisis in Russia and that it is not dependent on the gas and oil export. On the contrary, Russian economy made an incredible progress in these 14 years and is going strong.

This study takes aim at disapproving the continuously repeated claims that Russia has supposedly not diversified and modernized its economy. Our report shows that it is especially false to claim that the Russian government has not done anything in this vein, that it would be “relying” on oil & gas rents and lacks an understanding that more must be done. Quite the opposite, the Russian state under Putin’s leadership has devoted all its spare resources to address this problem; the early results are impressive and a lot of effort and strategic initiatives are currently being implemented.

And really, in the last 14 years the food manufacturing in Russia doubled, the industry has been fully modernized and increased output by 50%, export increased five fold while the actual share of gas and oil in the GDP of Russia shrank to only 16%.

So any claims that Russia “relies on oil and gas” for its livelihood or does not develop its economy are completely false and do not have any basis in facts.

Copy of the report: Awara-Study-Russian-Economy-2014.pdf