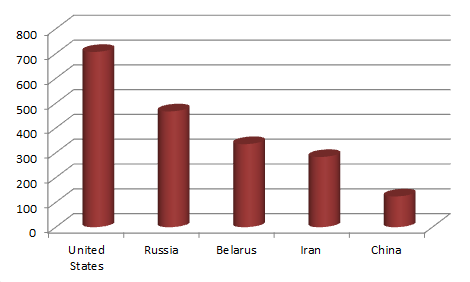 Diagram showing number of prisoners per 100,000 of national population in selected countries at the end of 2014.