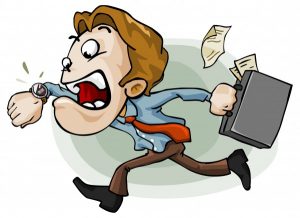 And the trains are not people. People do not leave themselves leeway. They simply run late. All of them. All the time. Business partners, colleagues, doctors, teachers, police, homeowners and waiters. All of them make each other wait. Every day. All the time. The whole country.