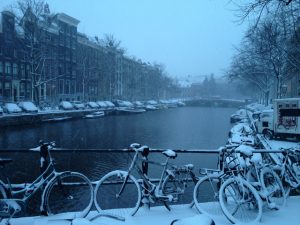 Well, there we are. The German engineers kept using the designs for a much warmer climate throughout the last century despite the obvious fact that they are not suitable for the much colder climate than Southern Italy. Russians at the same time were building proper houses suitable for the cold winters and well heated. What else can we conclude but that (1) the climate has seriously changed not so long ago… -->