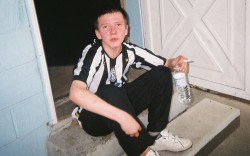 Reuters published an investigative report on the practice of exchanging adopted children on the Internet in USA recently. The parents adopting foreign children in U.S. advertise the kids they did not like on the Internet boards, like Yahoo and Facebook, and find quickly new homes for them without ever verifying who the other people are. Many children change several families in a short time, get lots and lots of abuse and suffer humiliation.

Speaking publicly about her experience for the first time, one girl adopted from China and later sent to a second home said she was made to dig her own grave. Another re-homed child, a Russian girl, recounted how a boy in one house urinated on her after the two had sex; she was 13 at the time and was re-homed three times in six months.

I am happy to know that Russia forbid adoption to U.S. since last year.